Has Google Forgotten Not To Be Evil? 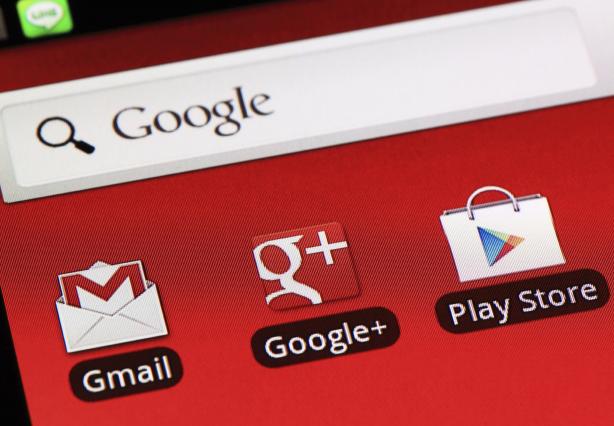 Google is a benevolent giant, right? Living by the motto "don’t be evil", it gives us fabulous free services and all it seeks in return is a little personal data to deliver relevant ads to its users. Well, that’s what many have believed up until now, but are they right? Some people are starting to doubt that things are quite as cut and dried as that.

The meaning of evil

"Don’t be evil." That’s an unambiguous phrase and a brilliantly simple three-word ethical statement. On the other hand, is it? In what may be a highly prescient article, Josh McHugh wrote a piece for Wired magazine way back in 2003 (1) in which he quoted Google’s then-CEO, Eric Schmidt, defining the word ‘evil.’ As Schmidt put it, the meaning of evil is “what [Google co-founder] Sergey Brin says is evil.”

Is there a big clue in this revealing answer. Most people tend to equate evil with the moral category of intense wickedness, but according to The Atlantic’s Ian Bogost (2), that’s not what it means for Google. For them, it’s a word for anything that blocks the path to pragmatism and serviceability – a definition that simply presumes that everything Google does is essentially good. There’s no need to be bogged down in the philosophy of virtue because Google sees its acts by definition as righteous. As Bogost argues, we end up with a predicament in which Google considers evil to be any failure to “engineer an implementation of its own vision.”

In 2012, the Wall Street Journal reported that Google had been bypassing the privacy settings of Apple’s mobile Safari browser, tracking millions of users who specifically did not wish to be tracked (many wouldn’t have been using Safari otherwise). WSJ revealed, “Until recently, one Google site told Safari users they could rely on Safari's privacy settings to prevent tracking by Google. Google removed that language from the site Tuesday night.” (3)

For Google having access to personal information can be very useful. At the time of the WSJ article it might have been very useful in order to offer the kind of relevant people-linking features of Facebook. The more personal data Google can get, that is may not already have, the more it can deliver relevant ads that you’re more likely to react to when it answers your search queries. Google's moves towards herding GMail and Google My Business users onto its version of Facebook, Google+ – something most people didn’t necessarily want felt weird to some, but given that it then motivates you to reveal a lot of personal stuff, including your friends, finances, location etc, then felt like a massive persoanl data scrape.

Some claim that the scope of the data collection is, or ought to be, the stuff of nightmares, especially for the privacy-minded individual. As Gizmodo journalist Mat Honan (4) put it, its updated Privacy Policy in 2012 radically de-anonymised Google users, and gathered previously compartmentalised data (including search details, emails sent, places looked at in Google Maps, videos watched on YouTube and discussions participated in on Google+) into one central place, where it could all be cross-referenced. For Honan, this is evil because it puts Google’s drive for targeted ads (and greater ad revenue) way ahead of respect for its users’ privacy.

In an impassioned open letter to Google executive chairman Eric Schmidt, Mathias Döpfner, the Chief Executive of the German media group Axel Springer, didn’t mince his words over what they saw as the internet giant’s casually arrogant approach to personal privacy. Referring to a comment Schmidt made in 2009 (“If you have something that you don’t want anyone to know, maybe you shouldn’t be doing it in the first place”), Döpfner writes:

“Behind this statement there is a state of mind and an image of humanity that is typically cultivated in totalitarian regimes – not in liberal societies. Such a statement could also have come from the head of East Germany’s Stasi or other secret police of a dictatorship. The essence of freedom is precisely the fact that I am not obliged to disclose everything that I am doing, that I have a right to confidentiality and, yes, even to secrets; that I am able to determine for myself what I wish to disclose about myself. The individual right to this is what makes a democracy. Only dictatorships want transparent citizens instead of a free press.” (5)

When a company becomes as gigantic as Google, ethical principles start to matter - a lot! With size comes power. Google’s commercial success, to be sure, has been nothing short of staggering: from its humble beginnings in 1998, it has morphed into a global leviathan employing 50,000 people worldwide and generating 60 billion dollars in revenue in 2013 alone. It’s the biggest search engine on the planet; it has the most widely used browser (Chrome), the most widely used email provider (Gmail) and the most widely used OS for mobile devices (Android). Its share of the search engine market in just about every country in which it operates is massive (as Döpfner points out in his letter, in Germany it amounts to 91.2%). It's a market-dominating company.

This has serious implications for its actions. When it makes changes to its algorithms, the subsequent effects the visibility on websites in its search engine, can serious harm businesses of all sizes. Some of these have been very small business who are simply doing their best to earn an income as honestly as they can with the limited resources they have at their disposal. The Penguin filter, for instance, sank thousands of sites from view and axed their owners’ livelihoods, for “black hat” techniques such as link buying. Ethicist and SEO Josh Bachynski has recently argued, the reality for most of the webmasters zapped into oblivion by Penguin is that they simply couldn’t afford a £3,000+ a month marketing budget – the kind of budget that would, for example, let them buy magazine-level content and advertising for their little businesses. They had something closer to £150 a month to spare, which limited their options to buying links.

Google guru algo engineer Matt Cutts allegedly made moral-sounding and pragmatic-sounding arguments, for instance that Google intended to be “punitive” toward spammers to discourage them from clogging up its index, and that it was simply technical limitations that produced so many “edge cases” – a term that military personnel would translate as “collateral damage.” However, probe these statements a little more deeply, as Bachynski has done, and they start to fall apart.

He indicates that if Google was serious about changing behaviour it considered bad, there’s overwhelming evidence from Skinnerian psychology that the positive reinforcement of desirable behaviour is vastly more effective than punishment of undesirable behaviour (6). His arguement is that there is then little justification, ethically, for shrouding Google’s algorithms in impenetrable secrecy. Letting webmasters know what they need to do in advance of algorithm and filter updates would enable them to clean up their act instead of being nuked, as at present. As Bachynski put it, Cutts didn’t use science to justify Google’s approach. He just decided to be punitive and refrained from objecting to the institutional secrecy that actually destroys online businesses.

Google is a business and has the right to change its front page, prune its index and if it wants to, penalose sites that violate its guidelines. However, Bachynski argues we should never forget that the consequence of these rights is that they will hurt businesses and in turn the enployees of those businesses: “Just because you do not have any legality restricting you, doesn’t make it the morally right thing, or a good thing, to do. Purposefully going out of your way to disenfranchise others never is.”

And there’s more. In 2012, it became apparent that Google was promoting its own products in searches (such as its new Search Plus Your World format) above ones that were more patently relevant but from non-Google sources (4). The very same month (January 2012), Google claimed that it wasn’t able to index and rank Twitter effectively – a claim that met with this curt (and more accurate) response from TwitterComms:

Q. Does Google need a deal to crawl Twitter?

In August of the previous year, it emerged that Google paid $500 million to forestall a US Justice Department prosecution on charges “that it knowingly accepted illegal advertisements from Canadian online pharmacies for years.” (8)

More recently, following Edward Snowden’s revelations about the NSA’s secret mass data surveillance, WikiLeaks’ controversial founder Julian Assange claimed in his book (‘When Google Met WikiLeaks’) that Google is a “privatised NSA.” He also claims that the search giant has links with other US Government departments and the US military (9).

With its vast and growing stockpiles of highly personal information, this is a sobering thought – and one that might make privacy campaigners out of everyone.

With growing size and influence comes increasing power. Few would disagree with the view that power can be of human good, such as the power to do good things for humanity. However, many would say that evidence is piling up that Google’s power may be leading it to compromise its founding motto. Maybe it needs to revisit the moral meaning of the term and distance itself from the pragmatic engineering one. 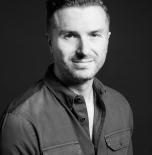 Laurence has worked in SEO and online marketing for more than ten years.

He is our Forensic SEO Director, heading up all the forensic and penalty recovery work we do. He loves Netflix and Amazon Instant Video, a little bit too much, but says they are the perfect background for doing manual link reviews, “especially when you have to do thousands at time”, and he’s a sucker for good coffee and Havana Club Rum (not necessarily together).

Web design by Accord Group Ltd